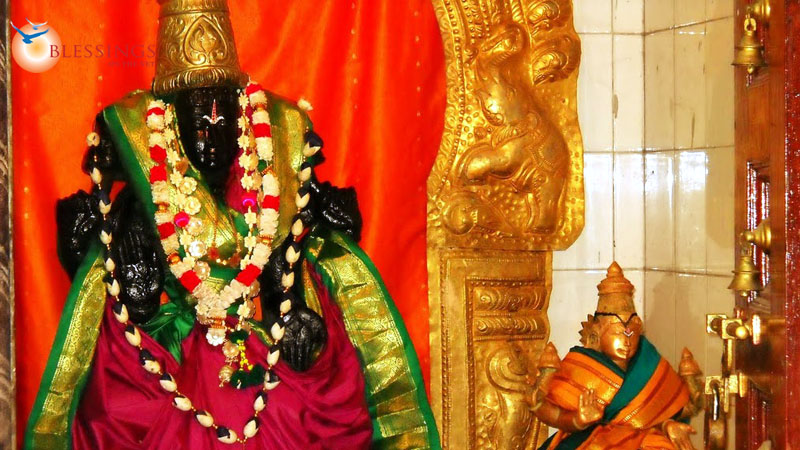 Lakshmi is the daughter of sage Bhirgu, Goddes lakshmi is the goddess of light,beauty,good fortune and wealth."Beautiful goddess lakshmi seated on a chariot, delighted by songs on lustful elephants, bedecked with lotuses, pearls and gems, lustrous as fire, radiant as gold, resplendent as the sun, calm as the moon, mistress of cows and horses - take away poverty and misfortune bring joy, riches, harvest and children."

Goddess Maha Lakshmi, also called Laxmi, is the goddess of wealth, fortune, power, luxury, beauty, fertility, and auspiciousness. She holds the promise of material fulfillment and contentment. She is described as restless, whimsical yet maternal, with her arms raised to bless and to grant her blessings.

Draped in a red saree, bedecked with gold ornaments, seated on a lotus, pot in hand, flanked by white elephants, the image of goddess Lakshmi adorns most Hindu homes and business establishments.

Shri is the sacred name of Lakshmi. "Shri" is written atop most documents and spoken before addressing a god, teacher holy man or any revered individual. The word evokes grace, affluence abundance, auspiciousness and authority. When the word is spoken or written an aura of holiness is established. Whatever follows is imbued with divine blessing. Just as the word "Om" is associated with the mystical side of life, Shri is associated with the material side of existence.

Lakshmi represents the beautiful and bountiful aspect of nature. As Bhoodevi, the earth-goddess, she nurtures life; as Shreedevi, the goddess of fortune, she bestows power, pleasure and prosperity on those who deserve her grace. To realize her, one must respect the laws of life and appreciate the wonders of existence.

Lakshmi is the consort of Maha Vishnu and because of this marriage she is also referred to as Maha Lakshmi and the Empress of Satyug. She also married Sri Rama in her incarnation as Sita and Krishna as Rukmini and Radha. Mahalakshmi is also depicted as Devi in her universal form of Shakti where she kills the Demon Mahishasura.

The Goddess is described as eighteen armed bearing string of beads, battle axe, maze, arrow, thunderbolt, lotus, water-pot, cudgel, lance, bow, sword, shield, bell, conch, wine cup, noose, trident and sudarsana. In this form the Goddess is referred to as Ashta Dasa Bhuja Mahalakshmi. She is the embodiment of God's superior spiritual feminine energy which purifies, empowers and uplifts the individual. She is also the personification of the Spiritual energy within us and universe called Kundalini.

Her four arms signify Purity, Prosperity, Perfection and Freedom from bondage and the gold coins continuously flowing out of her left hand represents endless material prosperity. The four elephants seen in her pictures denote four directions and faithfulness. Her right hand denotes blessing and assurance of safety to her devotees. Goddess Lakshmi is also called by the name ‘Maha Lakshmi' symbolic of her Lakshmi-Narayana form. Goddess Lakshmi because of her association with the flower Lotus is also known by names Padma and Kamala which means ‘one who resides in a lotus'. She is also known as Padmapriya (One who likes lotus), Padmamukhi (One whose face is like Lotus), Padmakshi (One whose eyes is as beautiful as a lotus), Padmasundari (One who is as beautiful as a Lotus) and Padmahasta (One who holds a Lotus).

Goddess Lakshmi is mostly worshiped during the occasion of Diwali, the festival of Lights. It is said that this goddess would bless those who purify their souls with the oil of knowledge (Gita) so that it can be rekindled just as the flame of diyas which is why diyas are lighted and our houses are cleaned to welcome the Goddess on this occasion.

It is believed that Lakshmi only resides in those homes which are clean and where the people are hardworking. She is not only worshipped individually but also in combination with Narayana in various forms (manifestations) like LakshmiNarayana, LakshmiNarasimha, SitaRam, RadhaKrishna, and VithhalRukmini.