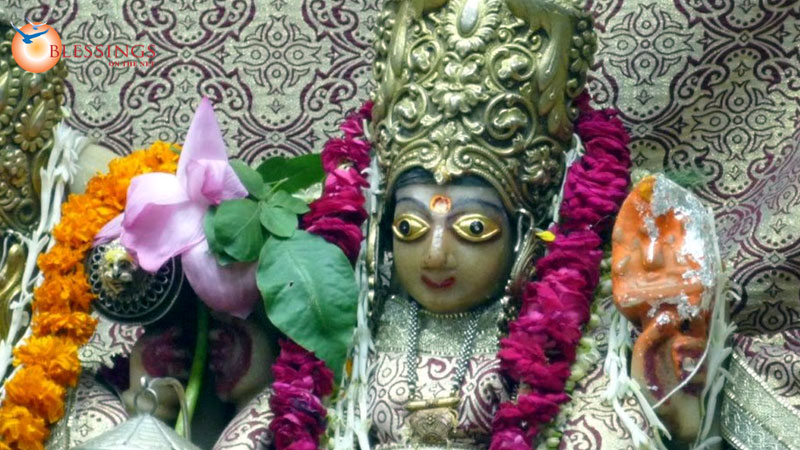 Goddess Parvati is known by different names like Lalita, Uma, Gauri, Kali, Durga, Haimavati etc. Two of her fierce but very powerful forms are Durga (Goddess beyond reach) and Kali (Goddess of Destruction). As the mother of the universe, Parvati is known as Amba and Ambika, which means 'mother'. As Lalita, she represents the aspect of beauty.

Appearance of Goddess Parvati
When shown along with Shiva, Goddess Parvati has only two hands, the right one holding a blue lotus and the left hanging loosely by the side. When represented independently, Parvati Ma is shown with four hands, two hands holding red and blue lotuses and the other two exhibiting the varada and Abhaya mudras.

Goddess Parvati has a charming personality. Married women adore Parvati for her happy married life. Picture of Lord Shiva, Parvathi and their sons Ganesha and Kartikeya depicts an ideal example of family unity and love.

With Parvati by his side, Shiva became a family man. Inspired by her beauty, Shiva became the fountainhead of the arts, dance and drama. But he did not abandon his ways as a hermit and continued to meditate. His carefree attitude and his refusal to shoulder household responsibilities sometimes angered Parvati. But then she would come to terms with his unconventional ways and make peace. The consequent marital bliss between Shakti and Shiva ensured harmony between Matter and Spirit and brought stability and peace to the cosmos. Parvati thus became Ambika, Goddess of the household, marriage, motherhood and family.

Goddesses Parvati is the mother of Lord Muruga and Ganesha. Goddess Parvathy is also regarded as the sister of Lord Vishnu.