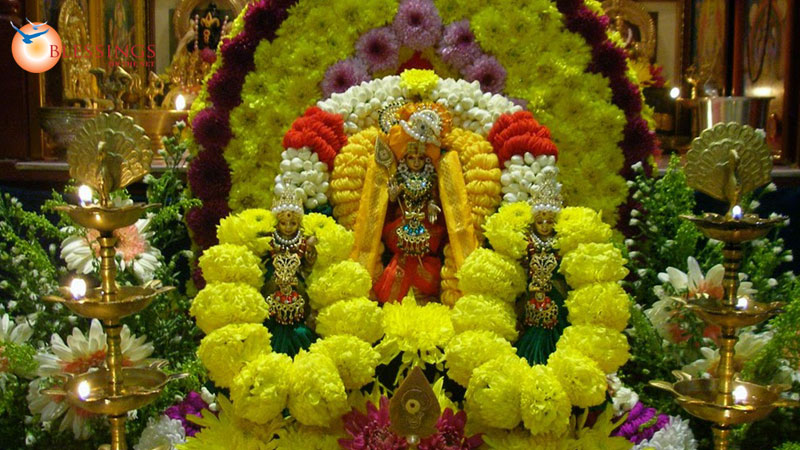 Kartikeya, the second son of Lord Shiva, and Goddess Parvati is also known as Subramananya, Skanda, Guha, Shadannana or Sanmukha (because he has six faces).

Lord Subramanya represents a person of perfection. He is the war God, the Hindu equivalent of Mars and Ares. He was created by all the Gods to lead the heavenly hosts and destroy the demons. He is the most masculine and fierce of all the Gods. He is also fire, Agni and is very Pitta (fiery) in nature. While Ganesh removes all obstacles, Skanda bestows all spiritual powers, particularly the power of knowledge.

In one hand he carries a spear called sakti which symbolizes the destruction of negative tendencies in humans. With his other hand he always blesses devotees.

The Lords vehicle is a peacock which is capable of destroying harmful serpents (symbolizing harmful ego and bad desires of people).

He is worshipped on the 6 day after Diwali on an occasion called ‘Skanta Sashti' making the victory over the demons Tarakasura and Surapadman. It is believed that if one worships Lord Muruga on Friday and fasts on that day all his wishes will get fulfilled. Further it is more auspicious if it is a Karthigai star day.

Kartikeya is considered as an avatar of Lord Shiva. As per the Legend he was born of the six rays of light that emerged from the third eye of Lord Shiva. The six rays fell on the forest of reed grass and was carried to the Ganges by Vayu and Agni which turned to six beautiful babies on six lotus flowers. The six babies were united into one with six faces and twelve hands when Parvati held them in her arms. His avatar was to put an end to Soorapadman's cruelty.