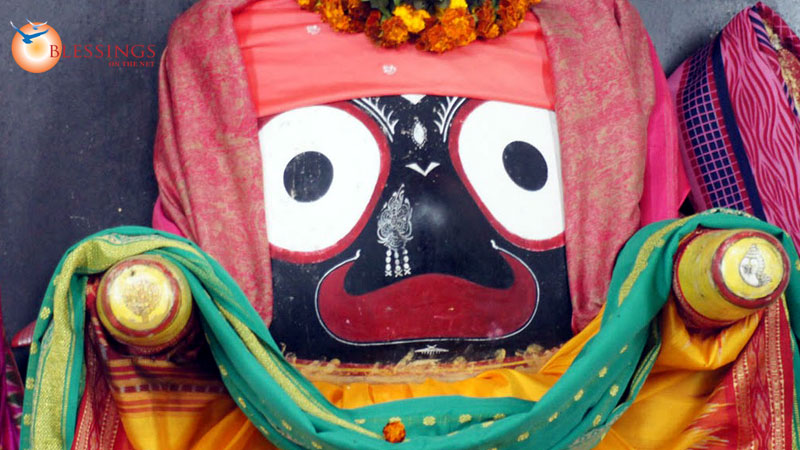 Jagannath, Lord of the world, is the symbol of Vishnu. Jagannath' is a combination of two words 'Jagat' and 'Natha'. 'Jagat' means 'The Universe/World' and 'Natha' means 'Lord/Master'. So the name Jagannath literally means 'Lord of the Universe'. Puri is the dwelling place of Lord Jagannath so this place is otherwise known as 'Jagannath Dham' or 'Jagannath Puri'.

Lord jagannath is the presiding deity of Puri Jagannath Temple. In side the temple He is worshipped with his older brother Lord Balabhadra, sister Subhadra and the mighty Sudarshan Chakra (disk). Jagannath is Black (inscrutability) in color, Lord Balabhadra is white (enlightment) in color, sister Subhadra is yellow (goodness) in color and lord Sudarshan is red in color, hence representing all the four races of world.