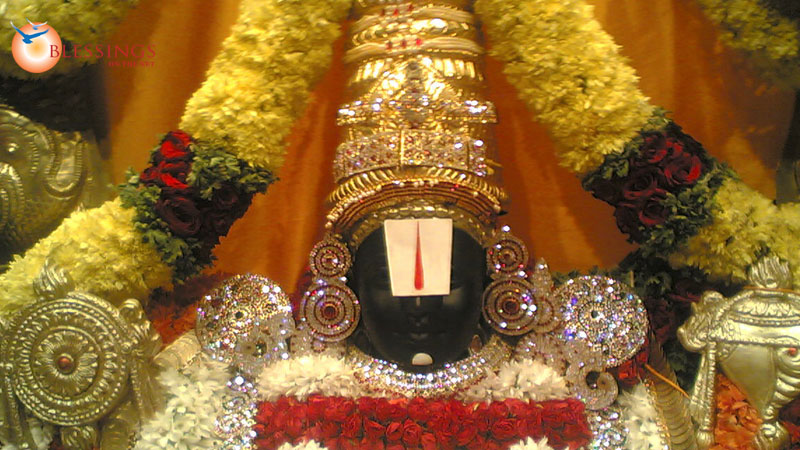 Venkateshwara also known aas (Venkateshwer or Venkatachalapathi,Srinivasa,) is another form of Lord Vishnu who is also very popular as a Hindu deity. He is also known as Balaji or Bithala. It is considered the supreme form of Vishnu in this age. The Venkateswara swami temple is also called Kaliyuga Vaikuntam.

Lord Venkateshwara has a dark complexion and four hands. In his two upper hands he holds a discus (a symbol of power) and a conch s hell (a symbol of existence). With his lower hands extended downward he asks devotees to have faith and surrender to him for protection.

The temple town of Tirupati is situated at the foot of Tirumala hills in the Chandragiri Taluka of the Chittor district in Andhra Pradesh. The sacred spot on the hill about 2,800 feet above sea level is known as Tirumala, the abode of Lord Venkateswara. The hill forms part of the Eastern Ghats and is also known as Venkatachala and Seshachala. It is said that the Eastern Ghats on this side along with their curves, heights and falls resemble the serpent Adisesha and that the seven hills of Tirupati are its seven heads and Ahobalam where Lord Narasimha murthy is worshipped, representing the centre of Adisesha, and Srisailam representing the tail end of Adisesha. That is why Tirumala is called Seshachala. According to the legends, this has been a sacred place in all the four yugas, and was known as Vrishabhachala in the Krithayuga, Anjanachala in the Tretayuga, Seshachala in the Dwaparayuga and Venkatachala in the present Kaliyuga.