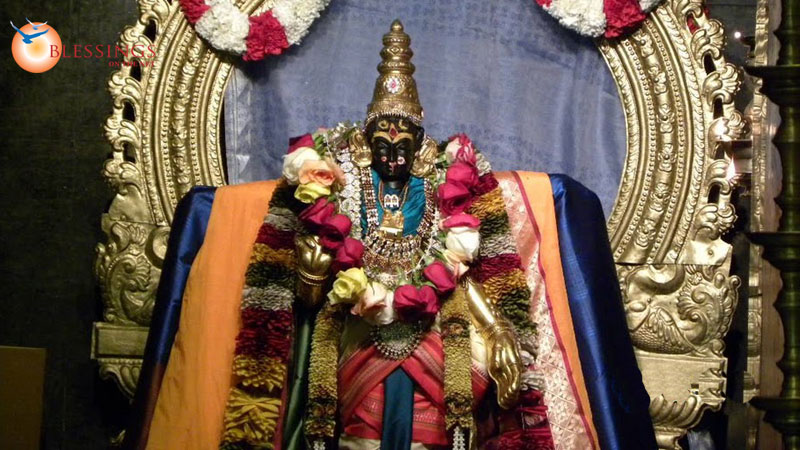 Sri Meenakshi Devi is the incarnation of Parashakti. The sthala purana has it that the King Malaya Dhwaja, a great devotee of Lord Shiva was childless and hence conducted puthra kameshti yagna. Goddess Parvathi was born and named as Minakshi aslo spelled as Meenakshi (Her eyes being in the shape of fish).In Sanskrit, Meenakshi means ‘one who has eyes resembling a fish'. She has been portrayed as holding a parrot and bouquet in her right hand. Goddess Meenakshi is the principal deity in the famous Meenakshi Sundareswarar Temple at Madurai.

Goddess Meenakshi was a great devotee of Lord Sundareswara (Shiva) and the Lord comes in disguise followed by many thrilling episodes known as (sixty four tiruvilayadals), before manying the goddess Meenakshi. Many poets adorned the court of Pandya Kings and Madurai was the seat of Tamil literature. It was also popularly known as the birthplace of Tamil Sangam.

Shri MEENAKSHI Temple (Madurai --Tamil Nadu) : Madurai is about 492 Kms. from Madras. This town is famous for Goddess Meenakshi temple and was capital of Pandya Kingdom.