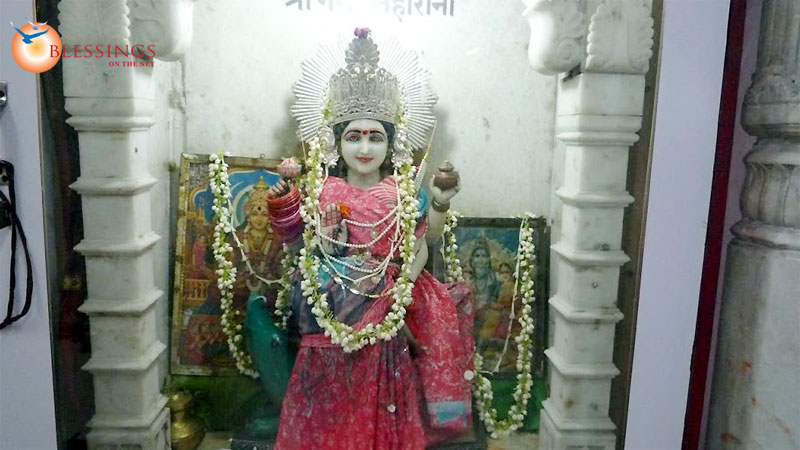 Ganga The Goddess Ganga, representing the river Ganga (Ganges) is shown white in color, wearing a white crown, sitting on the sea animal crocodile, holding in her right hand a water lily and in her left hand a flute.

Goddess Ganga represents the sacred river in Hindu mythology and is said to be the only living Goddess. Adorned in a chaste white sari and crown, she is found sitting on a crocodile, holding a water lily in her right hand and a lute in the other. Ganga is a Hindu goddess believed to have the power of absolving one's sins. Goddess Ganga is known as Mandakini in heaven, Bhagirathi on earth and Alakananda in the underworld. Although mentioned in the Rig Veda twice, she attained immense importance in the later Puranic period. According to the puranas, the very touch of Ganga purifies one of all his sins and if a person takes a holy dip in it, he is bestowed with blessings of highest order.

According to a legend, Lord Vishnu was said to be so overwhelmed hearing to a flute recital by Lord Shiva that his feet began to melt. Lord Brahma, in turn, collected this liquefied portion of Vishnu's feet and produced the goddess Ganga. So, she is also known as Vishnu-Padi or born from Vishnu's feet. Another legend says that Ganga was brought down to the earth for the salvation of King Sagara's 60,000 sons, who were burnt to ashes by an angry sage named Kapila. Bhagiratha, a descendant of King Sagara, finally succeeded in pleasing Lord Shiva and Goddess Ganga after a long penance and thus Goddess Ganga descended to the earth as River Ganges. In order to lessen the impact of her flow on earth, it was caught in the matted hair of Lord Shiva.

Rig Veda mentions the name Ganga only twice but in the later Puranic period, Ganga assumes great importance as a Goddess. She is called Mandakenee in the heaven and Bhagirathi in patal. Purans declare that the sight, the name and the touch of Ganga takes away all sins and that bathing in Ganga bestows blessings of the highest order. The cremation of a dead body at the banks of Ganga and the immersion of the remains of a dead in its water after cremation elsewhere is considered propitious. Gangajal, the water of Ganga, is very sacred, and is used for many pujas (religious ceremonies). Those who die within specified limits of Ganga, called Gangakshetra (the land of Ganga), are believed to go to the heavenly world and all their sins washed away.

The other sacred rivers for Hindus are, Yamuna, Saryu, Sindhu, Godavari, Kaveri, Narmada, Gomti, and Brahmaputra.