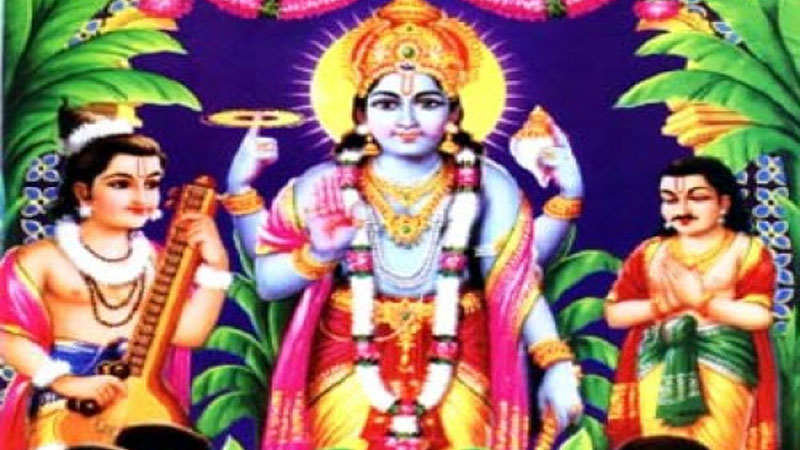 The Lords Satyanaryana grace is described in a Hindu book called Skanda Purana. He has four hands like Lord Vishnu, however, his fourth hand does not hold a lotus rather it is extended upward to bless people

This puja is conducted to ensure abundance in ones life. Many people carry out this puja immediately after or along with an auspicious occasion like a marriage or moving into a new house or any other success in life. The satyanarayan puja can be performed on any day. It is not a puja confined to any festivities. But Poornima (full moon day) or Sankranti are considered to be most auspicious day for this puja. Performing this puja in the evening is considered more appropriate. On the day of the puja, the devotee has to fast.

The prasad for this vrita is known as Sapaad which is prepared thus: Take an equal measure of rava, Milk, Ghee, Banana, Sugar ( the measure should be 1 1/4 or multiples thereof ) cook it till all mix into a paste.