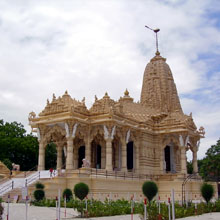 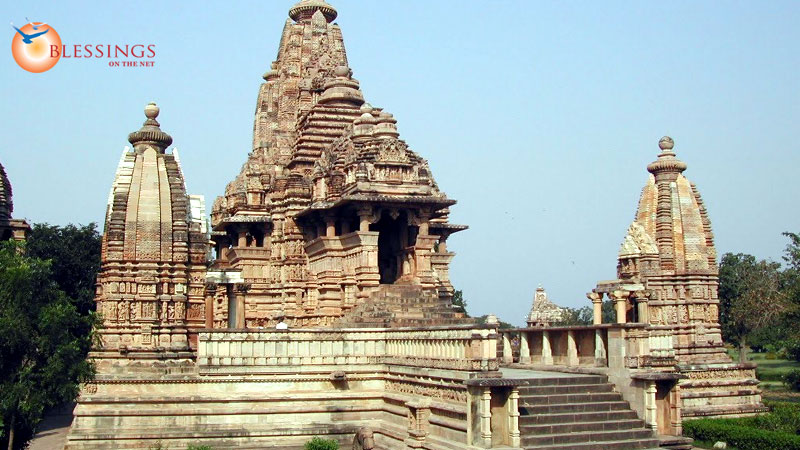 The Orissan temple consists of two apartments. The deul corresponds to the vimana, or towered sanctum. It is a cubical inner apartment where the main deity is located, with a tower over it. In some temples there is a pradakshina-patha or bhrama (circular path), which goes around the sanctum sanctorum (altar) so the devotees can go around the deity. In front of the sanctum is the mukhamandapa or mukhashala. Sometimes it is called ardha-mandapa or sukanasi, depending on how big it is compared to the sanctum. It is used as a passage and sometimes to keep food offerings on special occasions. After this is the antarala, which connects the sanctum and mukha-mandapa to the mandapa, or pavilion hall. The antarala, which is usually square and has a pyramidal roof, is also called the jagmohana (world-delighter). In many cases the antarala is the same as the mukha-mandapa. Sometimes one or two pavilions are added in front of the antarala, such as the nat-mandir and the bhog-mandir.

A mandapa (nritta-mandapa or navaranga) is a big hall that is used for spiritual classes, singing, dancing, or chanting. In front of these is the dhvajastambha (flagpost). The lanchana, which is made of brass or copper, is different depending on the deity in the temple. This is usually the carrier of the deity. For Lord Vishnu it would be Garuda, and for Lord Siva it would be Nandi. The bali-pitha (pedestal of sacrificial offerings), which usually has the footprint of the deity or a lotus on it, is near the dhvaja-stamba. The entire temple is surrounded by a high wall (prakara), which usually has a main gate and three subsidiary gates opening in the four directions. Sometimes there is a gopuram (high tower) over the gate. Inside the prakara there will usually be minor temples that contain deities, which are related to the main deity. In a Lord Vishnu temple these deities may include Sita, Laksmi, Hanuman or Garuda. In a Lord Siva temple these deities may include Parvati, Ganesh, or Subrahmanya.

Within the temple's wall there may also be a kitchen, yajnashala (sacrificial arena), a well or tank called puskarini, flower gardens, a processional cart and other buildings for worship or management of the temple.

The structure of the spire differentiate one style from another. The Nagara spire is vertical or curvilinear and continues the lines of the walls below it and meets at a point over the sanctum. The Dravidian one is a high pyramidal super structure divided into storeys and crowned with polygonal dome. A third variation of the Vasara style was a sub cattegory of the Dravida employing a round dome. The transition of the Nagara idiom to the north is best illustrated by the early, broad, squatty and low vimana of the Parasuramesvara temple of Bhuvanesvar (built around 750 A.D.) which strongly reminds the Durga temple at aihole.

The puranas which are medieval works, contain not only praises of temples but promise great glory to the builder of the temples. The sanctity of the Indian temple depends not on its arts or its utility but on its esoteric significance. The texts of Indian architecture are no doubt prolix and full of technical details; but they do not lose sight of the truth that the temple is chiefly meant to be a tool of spiritual realisation. The devotee goes to the temple with faith in his heart. This faith excludes intellection. What it needs is the appropriate moods. The devotee can intuitionally apprehent the symbolism of the art form in the temples. Art in the temple will not distract him, and technical skill will not hold his attentions. He floats over these obstacles and directly reaches the shrine to receive grace