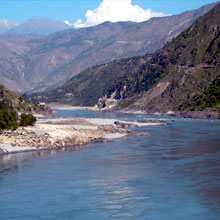 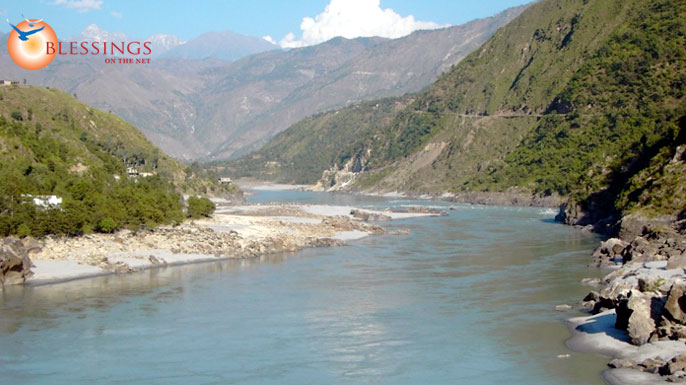 Naming the rivers that flow into the Indian subcontinent from the snowy peaks of the Himalayas is like a sacred chant in itself. Ganga, Jamuna, Saraswati, Alaknanda, Bhagirathi... the names are part of the Hindu collective consciousness. Indians consider their rivers holy and revere them as goddesses. They are inextricably bound to the culture and history of the land, part of the rituals and festivals, a lifeline to the villages, towns and cities along their course.

Water is after all the primary source of life, and many great civilizations have grown along the banks of rivers and the fertile valleys that surround them. There is something magnificent in the idea of the eternal snows of the Himalayas melting and feeding the great rivers throughout the course of history. Just as the Nile watered the valleys of Egypt and rendered them fertile, and the Euphrates and Tigris fostered the growth of Babylon and of Mesopotamia and Sumeria and the great civilization of China arose along the two rivers Hwang Ho and the Yangtse, so did the great prehistoric culture and civilisation along the river Indus develop around the same time, i.e. 2500 BC.

The Indus or Sindhu begins its course in what is now Pakistan, and has five tributaries which were divided at Partition between India and Pakistan. The great river Indus is the most imposing part of the sub-continent and is the cradle of its earliest known civilisation. This civilisation flourished in the Indus valley, and spread over the neighbouring regions to a considerable distance. The Ganga and Jamuna are the other two great northern rivers whose influence has grown from the merely practical one of fertilising the valleys to becoming cultural and religious metaphors for Indian society. The Saraswathi which is recorded as another great northern river in history has disappeared, is said to have gone underground.

In South India, the Krishna, Godavari and the Kaveri represent to the Indian mind, something which goes beyond the physical fact of flowing water, and becomes part of the perennial philosophy that is interwoven with our everyday lives. The river itself, its many moods, its changeability, its mutability and its permanence become a metaphor for life itself. The broad sweep of the river is likened to the comforting bosom of the mother, the all-accepting, the all-forgiving flow of a mother's love. The river also represents in folk poetry and in religious tradition, the flowing course of human life, with its inevitable end in the vast waters of the sea. The custom of scattering human ashes in the Ganga or any of the other sacred rivers goes back thousands of years, is a measure of the complete trust that the Indian mind feels for these waters, the belief that the human soul will be borne from one life to another, in the cycle of Karma, in the all-enveloping embrace of the river.