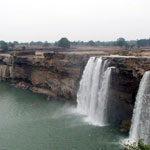 Jagdalpur is a municipal corporation in the district of Bastar of the state of Chhattisgarh .. Famous for unique traditional wooden handicrafts, Jagdalpur boasts of waterfalls and wildlife parks. 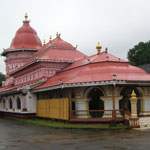 Raipur, capital of the newly formed 26th state of Indian democracy, Chhattisgarh. The state was cut out of Madhya Pradesh on 1st November 2000.The city of Raipur is lies in the centre of the state of Chattisgarh, with the Mahanadi River to its east and thick forests to the south.