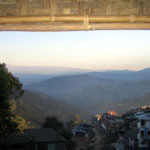 Dimapur, the main commercial centre of Nagaland is situated at a distance of 74 km from Kohima, the state capital. This bustling town serves as a gateway to rest of Nagaland. 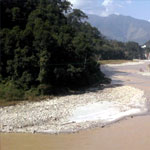 The capital city of the north-eastern state of Nagaland, Kohima,, is a picturesque hill station perched at an altitude of 1,495 meters above sea level. The Japanese beat a retreat from Kohima during the Second World War, and the War Cemetery is a symbolic memorial raised to commemorate the supreme sacrifices made by the officers.